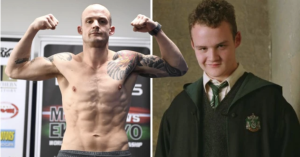 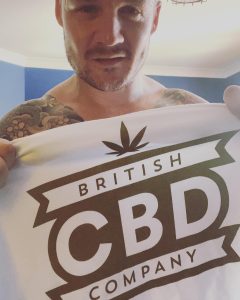 From world-renowned actor to MMA fighter, Josh Herdman has come a long way since making his debut as Gregory Goyle, sidekick of villain Draco Malfoy, in Harry Potter and the Philosopher’s Stone.

He went on to star in the seven sequels, making him instantly recognisable to young people the world over.

Josh, however, has been on a physical journey since his time in front of the camera as a 13-year-old villain.

He started practicing jiu jitsu and, after five years, entered the MMA arena in 2016.

“I chose MMA because I love the sport. It’s raw, exciting and unpredictable. I find it more interesting than boxing although I appreciate the beauty and art in boxing. It also made sense to move onto MMA because of my jujitsu training. I would like a few amateur fights first to get me started and where it goes from there, who knows?”

Avada Kedavra! May come in handy as Josh is now back in training for another chapter in his life, which will be revealed in due course.

The British CBD Company has been working with Josh to assist him in his physical and mental health whilst he undertakes a new training programme under the guidance of Sabina Skala.

Josh has been using The British CBD’s 10% Whole plant oil as a day to today supplement, which can aid muscle recovery and assist in his mental focus, to aid his regime.

He has also been a fan of the British CBD Muscle Rub and Sports Spray.

Watch this space as we work alongside Josh in 2022 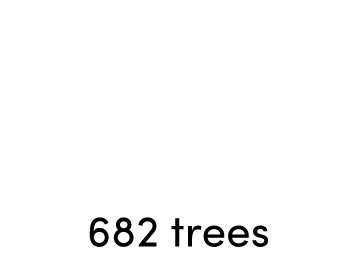